Narcissism is a very sad illness. Meghan is not inherently evil although narcissists are prone to abusive behavior because it’s what they know. Typically, with NPD, the child is held to unreasonably high expectations and never measures up, which results in a fragile ego where they basically lie about their achievements as adults because they are still afraid of repercussions if they are not good enough. Whoever their role model is, that is who they will emulate, not just through style and dress, but speech, career, and so forth. They truly cannot see themselves through their own eyes, they can only go off of what other people tell them. They are wholly dependent on the responses of others to tell them if they are pretty, successful, and smart. They respond violently and aggressively to any criticism because it counters the image other people had built for them. There are several types of narcissism, malignant, covert, overt, like 20 types each with different expressions. It takes many years of therapy to diagnose narcissism primarily because narcissists are so good at showing you what you want to see. Many therapists are charmed by their narcissistic patients, which should be a red flag to them, but it is not. 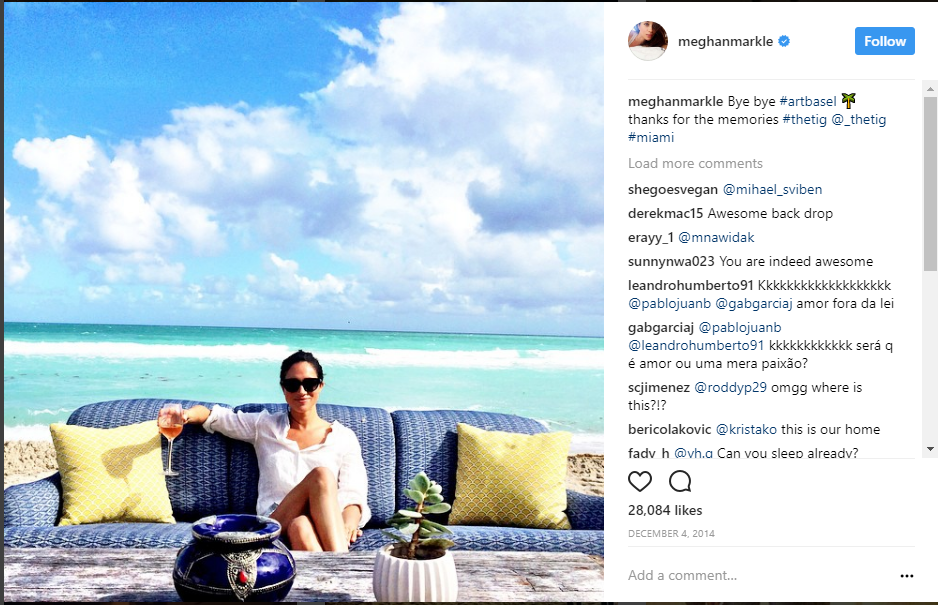 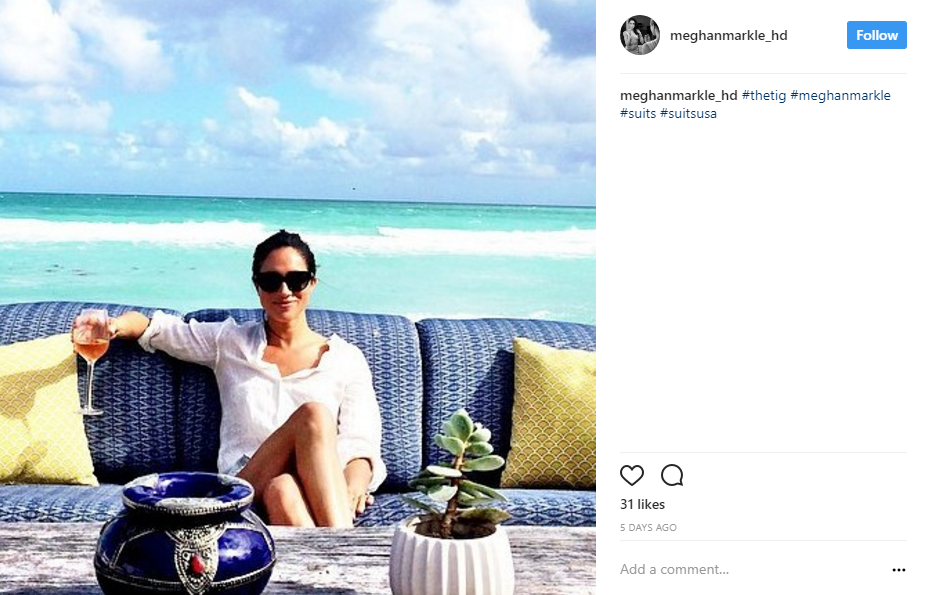 Does anyone remember this picture? Added 5 days ago

that worked out well, worth all that money for nothing

She must be nuts, she wasn’t invited as it turns out, so MM blew off her job to try to look like she went to a wedding that nobody wanted her there in the first place. Yoga cab stroll was more smoke and mirrors

Hey MM how are you doing? didn’t “Nail’d it”  huh that’s funny as hell that you came on, resting in inpatient right now? the NU character? Northwestern University

aww, didn’t get to go to the Diana awards? to bad, where is our pap stroll, flowers, yoga, soho drunk what’s going on? What will you be wearing this time, don’t wear the wellies

The Markle has landed.

Yes, that’s right, a few days before Pippa Middleton’s extravagant wedding—the undisputed peak of this year’s royal calendar—Meghan Markle, Prince Harry’s girlfriend, has arrived on the scene. Well, technically, Markle got to London on Tuesday, with E! News reporting that she was transported straight to Kensington Palace from the airport.

In one of the oddest sentences we’ve read in a report about a celebrity—and we have read many an odd sentence in a report about a celebrity!—E! notes, regarding the way in which Markle spent her Tuesday night, “Details about her evening were not made known, but the Suits actress did postpone plans to have drinks with a fashion and beauty vlogger.”

How does E! know this!??! Is one of its staffers the college roommate of a fashion and beauty vlogger who had DM’d Meghan Markle to get drinks, getting an unexpected polite “maybe when I am in town!” response from Markle without any follow-up after that?! No further information you’re going to give us at all, E!?! Who is this vlogger who was going to get drinks with Meghan Markle?

Moving on, E! also states, “A Range Rover was later seen leaving the palace.” This is where we are at in terms of Meghan Markle interest—a car leaving the palace is now seen as a highly dramatic and meaningful detail.

Anyway, Markle’s arrival in London—and presence at Pippa’s wedding—is being highly scrutinized, as it signals a major step in her relationship with Prince Harry. Many had believed Markle wouldn’t be invited due to Pippa’s “no ring, no bring” policy. But her inclusion in the formal event would seem to show her attendance was approved by the relevant parties in power.

Every detail about Pippa’s wedding makes it seem, somehow, even more elegant and fancy than you would have imagined. The glass marquee for the reception? $130,000. The bathrooms? $8,000 and flown in. But that blurry cell phone picture

you might be able to get, as an attendee, of Meghan Markle and Prince Harry on the dance floor? Priceless.