Remembering Princess Diana in her 20th anniversary of death.

This  girl  ,who was ill,made her dream come true by meeting Princess Diana.

Thanks to @graciemonaco for the video!

part 1 -For those impudent sugars who dirty talk behind a deceased woman’s /mother’s back : Charles’ and Diana’s marriage was an open marriage you jerks that means both sides knew that they have lovers /flings and it was charles who held up the flag first by starting to sleep with camilla after marriage anniversary but Meghan was f*cked  by a hockey TEAM in 2 years while her husband was living in US apart from her and supposing she was working for Suits in Toronto ! despite  meghan got the role in suits with her producer husband’s favor  !  but Diana hasn’t used Charles as a social ladder by no means . She had already title and wealth from her own family . She was LADY DIANA FRANCES SPENCER , daughter of John Spencer , 8th EARL SPENCER  had her family’s Coat of Arms and tiara too . Also She was a humbleness person , People’s Princess  and is called THE QUEEN OF HEARTS  an icon around the world . You compare meghan to lady diana  ? uhh who is Meghan ? Meg is only a dishonorable fraud .

Coat of Arms of Princess of Wales Diana Spencer 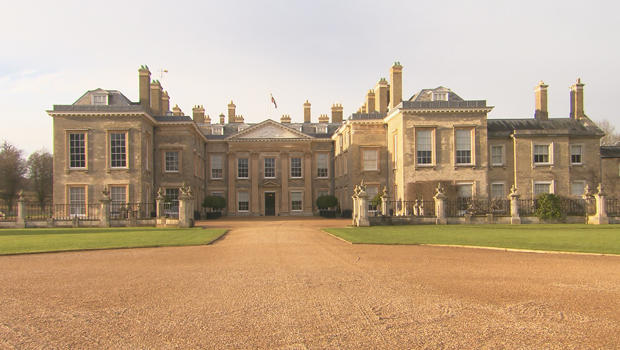 part 2 – the Sun has been always  son of a bitch , wouldn’t be suprise for me to see photoshop shits from them . In 1995-97 they made fun of diana mercilessly , you see at bottom of the picture her running from paps – she was hunted in front of a gym – with a headline “DIANA’S DIVORCE VICTORY ” on the Sun . They were hinting at that divorce was a cash marathon of Di . Big Bastards became a team with the cheap sucker Meghan for now so it’s something the sun would do exactly . In the 90s KP had to deal with worse things than emily andrews fanfictions . Thanks God the Press release laws are better today .

The late Princess of Wales Diana had a real violence treatment from press . Have you seen ever diana’s shattered face just after the car crash happened ? I am sure that harry and william saw it on the newspapers but without telling to their father for not making upset him anymore . All that chaos  guys , It’s been for 20 years and still . Let’s think about you are child and people have speculated that Spies killed your dear mother with a direct command of Prince Charles and the Queen . Bet most of us would go crazy ! art 3 – believe meghan has used harry’s trauma . In diana’s tragedy I have noticed something that if it’s not fake , you can’t have a smug face with Mulberry bag pose while was accompanied by canada police after told them someone tried to break up into your house !!!!!!!! but harry could believe her because of his wounds didn’t heal yet and shameless markle  played victim card at the right time as she has studied him for months , cried to harry easily then  though they were in  just a sexual relationship so not committed one he wanted to do something for meghan what he couldn’t do anything to save her mother against “pap harassment ” and  then boom ! he too has faced with snake’s real face .

part 4 – Meghan shame on you , you will go to the hell , not metaphoric one because you are a vile utilitarian in view of all Religions or Belief Systems and deserve somewhere like hell  !

Thank you anonymous😊🙏 Well said and I hope that anons will read what you have put together because I was shocked when some try and place MM in Princes Diana’s shoes. As we know PD didn’t use PC or the monarchy for self fame. The media where interested in Diana and couldn’t wait to take a snap of her everywhere she went.

Have a great day and thank you for putting that together. RIP Princes Diana and I hope the tabs will let you rest in piece soon.

Anon, great work!  Thank you for doing that.,,all true…..I wish these sugars would take note…..there are many of us that remember those days, it is still heartbreaking.  Meg-It is nothing, she contributes nothing….she is a soon to be washed up actress, no class, social climbing, narcissist, delusional party girl!  Her name should not be tied in comparison to Princess Diana!  Shame on the people that think it’s ok!  Meg-It’s name will be forgotten as soon as she walks off the Suits set for the last time.  A nothing……